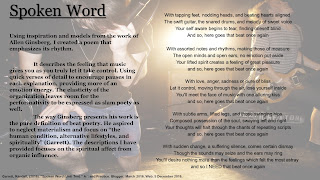 Student Spoken Word
Traditions of oral storytelling go back for millenia, to the earliest human cultures. Before the written word, this was the primary way in which cultural stories were passed down.

HISTORY
Many of the ancient stories that we know of today, such as The Iliad and The Odyssey from Greek civilization, were transmitted as oral tradition before being documented in writing. These are attributed to a writer named Homer, who is believed to have compiled the existing stories into epic poems. 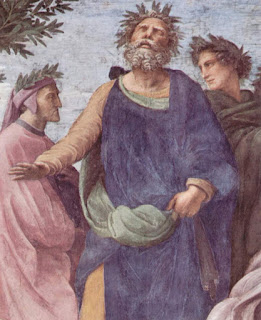 In West African tradition, the Griot, or Jali, is the storyteller who passes down wisdom from the ancestors. Though they perform with accompanying music, their primary role is the comprehensive knowledge and discourse on tribal history. The griot is an inherited position that is passed through family lines.

Story of the Griot
HARLEM RENAISSANCE

The Harlem Renaissance was a period of cultural blossoming in the African-American community of Harlem in the 1920s. Music, fashion, writing, and performance all contributed to this movement. Poet Langston Hughes is acknowledged as an early influence in the development of American spoken word. His poetry and recitation examined life as a black man during this period.

A group of writers emerged in New York in the 1940s, having met at or around Columbia University, living in poverty but also academically trained. They coalesced to form what we would be known as the Beats, writers who rejected the materialism of American culture and went on to explore the human condition, alternative lifestyles and spirituality. They believed in spontaneous, inspired creative expression, and practiced spoken recitations of their poetry.

These writers included Allen Ginsberg (Howl), William Burroughs (Junky), and Jack Kerouac (On the Road), and expanded in the 1960s to the west coast merging with counter-culture writers such as Lawrence Ferlinghetti and Gary Snyder.


Allen Ginsberg - Returning to the Country for a Brief Visit 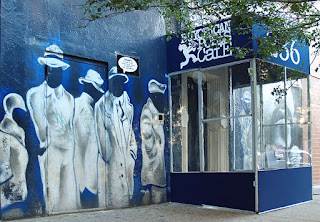 Influenced by the Civil Rights Movement and the oratory of prominent leaders such as Dr. Martin Luther King's I Have a Dream speech, socially conscious spoken word hit mainstream culture with the release of The Revolution Will Not Be Televised, by Gil Scott-Heron in 1970.


Gil Scott-Heron - The Revolution Will Not Be Televised

"The slam gives it back to the people.... We need people to talk poetry to each other. That's how we communicate our values, our hearts, the things that we've learned that make us who we are." - Marc Smith

Slam poetry was popularized by poet Marc Smith in Chicago, beginning in 1984 with his open mic events. It featured poetry as competitive performance rather than just as a reading. It was brought to a mass audience by Russell Simmons with his Def Poetry Jam series beginning in 2002.

Canadian Indian poet Rupi Kaur uses Instagram as a platform for her poetry and self-portrait photographs that explore her life and identity. She explores feminism, relationships, and her identity as an Indian immigrant. 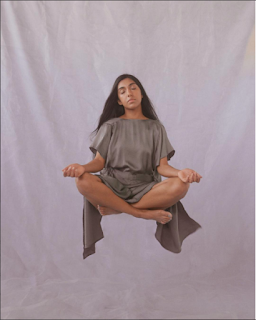 Spoken word, or poetry and prose as performance, has a long history, dating back to oral storytelling traditions. In the modern era it has risen through the Harlem Renaissance, the Beat Generation poets, socially conscious speeches and poems of the Civil Rights era, and on into today's slam poetry events.
Posted by Randall Garrett at 2:58 PM