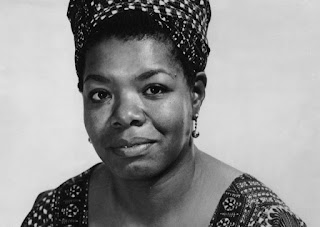 Performance, whether it is enacted in the fine arts or in everyday life, is entered into with purpose, or intention. The different purposes for performance include:
SELF-EXPRESSION


Self-expression relates most closely to an assertion of identity. This type of performance exists so the performer may better understand themselves, as well as to express the identifications of the performer to their audience. 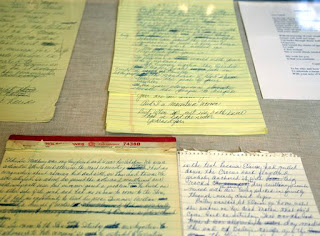 Maya Angelou - Journals
Self-expression is something that we have all done in one form or another. It consists of revealing yourself through your actions, either in private or public. Writing your thoughts and feelings in a journal is a form of self-expression.

Writer and poet Maya Angelou wrote consistently about her life as an African-American woman growing up with segregation and racism, and how she overcame this. Her life's work is based on self-expression.


Maya Angelou - Still I Rise
Marina Abramovic (b. 1946) is a Serbian performance artist who lives in New York. Her career as an artist has been spent in investigating the self and its social relation to others, in particular, how we respond to pain or other emotional situations.

Her recent performance work, The Artist is Present, brought her face to face on a one-to-one basis with hundreds of participants as they each sat in a chair opposite her as she stared into their eyes.

"I work in the gap between art and life." - Robert Rauschenberg 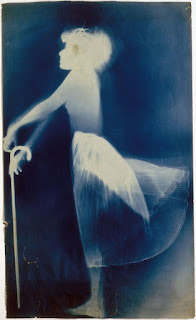 Robert Rauschenberg - Untitled (Sue) (1950)
Mimesis takes things as they are and attempts to present them in a straightforward way. The phrase "art imitates life" describes mimesis. It is a representation of its subject in another form.

In the Broadway performance of Fences, Denzel Washington plays a character who has visions of fighting with death. The realism within this play and performance make it accessible to the viewer in a very straightforward way, that is, the meaning is not communicated primarily through the use of symbol language or images, but more directly through mimesis, or representation.

The Itik Itik folk dance of the Visayan peoples of the Phillipines imitates the movement of waterfowl. It is a traditional dance dating at least to the 17th c. that serves to reinforce the cultural values of this ethnic group around a life closely aligned with nature.

When performance functions as mimesis or representation, it closely emulates the look of real life, while also transposing it in some way, by presenting a focus on an aspect of life, or bringing a cultural shift to the reality that is being represented. In this way, mimesis has cultural significance because it strives to achieve continuity of culture.

"Mimesis not only functions to re-create existing objects or elements of nature, but also beautifies, improves upon, and universalizes them." - Michelle Puetz

Essay on Mimesis by Michelle Puetz
EXPERIMENTAL
Performances can be considered experimental if they do not fit within the traditional forms of a performance genre, or if they significantly expand or alter the form. They tend to be abstract and jarring to our sensibilities.

Experimental performance serves to both shock the viewer and to bring both the performer and audience into a new and more expansive understanding of a performance genre.


Merce Cunningham - Pond Way
Modern dance arose in the 20th century as an experimental form of movement, as a counter to the academic study of ballet. Merce Cunningham (1919-2009) was a pioneer in the development of this form, and he was known for incorporating chance or randomness into his work, as well as technology.

His dance compositions were quite abstract and focused more on the visual and other sensations gained from observing the dance, rather than on any particular tradition of dance.

Glenn Branca (b. 1948) is an avant-garde composer whose work makes use of contemporary rock music instrumentation, but in an abstract way that focuses more on dissonance and chaos than melody or chord structure.

Though emulating rock music techniques, his style is experimental in dispensing with melody and chord structure, and more closely aligns with free jazz. Branca was influential in the development of the No Wave and Grunge music eras of the 1980s-90s, and bands such as Sonic Youth, The Pixies, and Nirvana.

Social / political performance functions to critique the prevailing culture and to offer alternatives to it. It may present ways to transform a cultural system, or to overthrow it, and also functions as a form of empowerment for a marginalized person or group.

Adbusters is a Canadian based political art collective that uses the technique of culture jamming as a means to draw attention to abuses within capitalist economic systems. 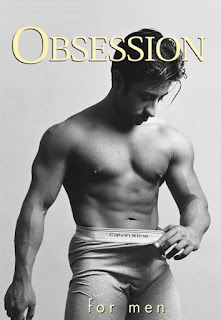 Culture jamming is a method of using the techniques of mass media to subvert its own message, and includes activities such as flash mobs and reconfigured advertisements.

This video serves as a social critique, on the way that advertising is used to coerce people into believing their identity is based on the products they use.

Singer and songwriter Johnny Cash used his fame to draw attention to economic and class injustice. He performed live at both Folsom and San Quentin state prisons in California, and used the opportunity to deliver a message of solidarity with the prisoners there.

Some types of performance are especially known for their social / political content, such as rap music and spoken word, but it also functions within all genres of performance.

Kendrick Lamar (b. 1987) is an emerging hip-hop or rap artist with strong roots in both spoken word and jazz. His album To Pimp a Butterfly contains lyrical messages with strong social / political content, regarding issues of racial injustice.

His spoken word inspired performances incorporate jazz music in a style that expands the genres of hip-hop and rap. The lyrics and video for Alright address his identity and challenges growing up in America as a young African-American man.

The Egungun ritual of the Yoruba peoples of modern day Nigeria and Benin in West Africa blends costumes, dance, and music in an elaborate performance. The Egungun serves as a spiritual intermediary between the people of a village and the spirits of their ancestors, functioning in a sense as a shaman, or guide to the spirit world.

In a more contemporary sense, rock musician and poet Jim Morrison (1943-1971) performed a similar role in writing and performing songs like Break on Through, about the connection between the material and spiritual worlds.

The visceral style and sensuality of Morrison attracted many to the music of The Doors, who represented both the spiritual aspirations and drug consumption of the Hippie era. He died of an overdose in 1971.

A Spirituality of Theatre by Rob Weinert-Kendt

The many purposes of performance help us to understand not only the intentions of those who perform, but also how their work is received and understood by their audiences.
Posted by Randall Garrett at 2:49 PM