Unit 4: Dramaturgy
Dramaturgy relates to how a performance has structure and can be considered real, or convincing. In theatre, dramaturgy is "the art or technique of dramatic composition and theatrical representation" (Merriam Webster). In sociology, it is the study of everyday social interactions using the terms and analysis of theatrical performance, in other words, how life itself is a type of performance.

As Erving Goffman says in The Presentation of Self in Everyday Life, "to give a radio talk that will sound genuinely informal, spontaneous, and relaxed, the speaker may have to design his script with painstaking care, testing one phrase after another, in order to follow the content, language, rhythm, and pace of everyday talk." (pg. 32)

Zeitgeist, or "spirit of the time" is addressed through dramaturgy. For example, many plays by William Shakespeare have been adapted specifically to fit within modern life.

Zeitgeist is expressed in this adaptation of Much Ado About Nothing by Joss Whedon. The characters of Benedick and Beatrice have been moved into the 21st century, while retaining much of the original Shakespearean dialogue as this theatrical comedy translates well into a romantic comedy film.

Another example of zeitgeist would be in the movie West Side Story (1961) which was originally a musical. Based on Shakespeare's tragedy Romeo and Juliet (c. 1591-95), it is a tale of two lovers that came together from two rival gangs. Tony, a member of the Jets, and Maria, associated with the Sharks, meet at a school dance.

The production blends stage acting, jazz and folk dance, and music, with a love story that operates in a context of conflicting ethnic identities. It captures the zeitgeist, or prevailing spirit of America during the early stages of the Civil Rights era.

In screenwriting for cinema, there is a model called the Three Act Structure, which includes Act One: Setup or Exposition, Act Two: Confrontation or Rising Action, and Act Three: Resolution or Climax. 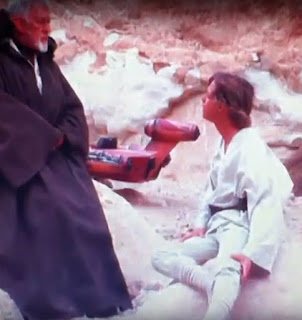 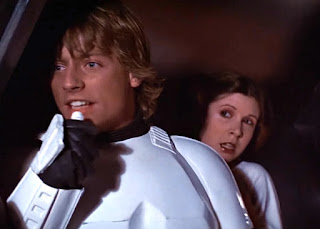 In Act One, the protagonist (Luke) and the supporting characters are introduced, along with their quest. In Act Two, they confront the antagonists (Empire), and in Act Three, the climax, Luke destroys the Empire's main weapon, the Death Star.

In The Presentation of Self In Everyday Life (1959), sociologist Erving Goffman looks at dramaturgy through the lens of sociology, specifically considering how life itself is a performance that can be reflected on critically, much like a theatrical play.

Life and art blend together, one influencing the other, as Shakespeare wrote, "all the world's a stage, and all the men and women merely players."


Shakespeare - All the World's a Stage monologue, from
As You Like It, Act 2 Scene 7

Goffman broke this life performance down into three main parts, called Impression Management:
He also used the metaphor of theatre to categorize social exchanges into front stage, where an actor is seen and performs a role, and backstage, where planning takes place which is not seen by the audience.
Erving Goffman and Dramaturgy
Erving Goffman and the Performed Self

A really good actor can make us forget we are seeing a role, and have us believe the character they are playing is real. In the movie Scarface, Al Pacino plays a character named Tony Montana, a Cuban immigrant who rises from dishwasher to family man to drug kingpin. 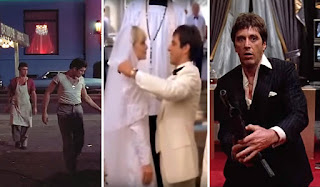 Eating and working are both ordinary, mundane activities. In the next two examples, consider how the artists explore everyday life as performance.

The video above is a scene from a film in which the artist Andy Warhol eats a hamburger. Although it is presenting an everyday activity, the way in which he acts presents it as performance. He brings a self-awareness to presenting the act of eating.


Francis Alys - Sometimes Making Something Leads to Nothing (1997)

In this video, artist Francis Alys pushes a block of ice through the streets of Mexico City, until it completely melts. The setting (city streets), his appearance (that of a worker), and manner (acting as though working hard), all convince the viewer that his actions are that of an everyday worker, even though his real task is that of a conceptual performance artist.