"Masculine and feminine roles are not biologically fixed but socially constructed." - Judith Butler


Performativity is the idea that our identities are created as they are performed. Psychologist Judith Butler, building on the theories of Erving Goffman, elaborated on the concept of performativity, or the capacity for speech and action to create that which it symbolizes.

It was originally developed in terms of speech. A classic example of speech performativity is that of a minister who says “I pronounce you husband and wife” at a marriage ceremony, enacting a new state of being through the action performed.

In addition, the entire wedding ritual, from words pronounced, to actions, costuming, etc. is a social performance that serves to enact the marriage status.

A traditional Japanese wedding can include special costumes, a procession, formal rituals such as the drinking of sake, exorcisms and prayer offerings, and live music. All of these are used to "perform" the action of the marriage.

Judith Butler relates this to our own identities. She theorizes that identity is not self-existent, but rather is constructed through acts of social communication. "Examples of these types of statements are declarations of ownership, baptisms, inaugurations, and legal sentences." (Wikipedia) Her ideas give insight to how we form identity.


Introduction to Judith Butler and Performativity

Butler uses drag performance, which highlights the differences between the body and gender of the performer, as an example. She says, “in imitating gender, drag implicitly reveals the imitative structure of gender itself—as well as its contingency".

Sex and gender are different terms. Sex refers to a person's biology and gender to their masculine or feminine characteristics and presentation.

Rock singer Bruce Springsteen and actor Sofia Vergara may be considered as performing gender roles that meet societal norms. Here, Springsteen is seen in a promotional image from his Born In The USA album, which can also be looked at as expressive of national identity. Vergara plays a Columbian-American wife on the television series Modern Family, an example of feminine gender and also cross-cultural ethnic identity. 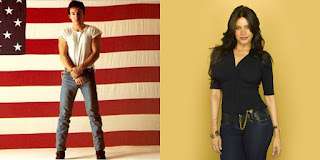 Though playing roles, one as a rock star, and the other as a television actor, each presents their masculinity or femininity in convincing ways.

Actor and former wrestling star Dwayne "The Rock" Johnson is a performer who is comfortable with expressing both his masculine and feminine qualities, albeit in a comedic way, through performance. 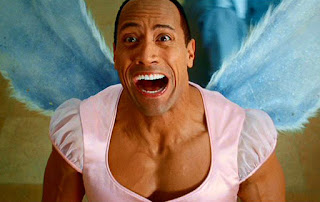 Two contemporary models, French swimmer Casey Legler, who competed as a woman in the 1996 summer Olympics, and Australian model Andreja Pejic may be considered in terms of subverting expectations through gender performativity.

In the interview below, Casey Legler describes her experiences as a male model.

These roles are portrayed by actors on television, in film, and theatre, but they are also enacted in real life. In real life, a person can and does play multiple roles, such as mother, wife, student, worker. The role varies depending on the setting. Role conflict is a term used to describe when two or more roles of a person compete for their time and energy. For example, a student who also works full-time and has children would most likely experience role conflict. 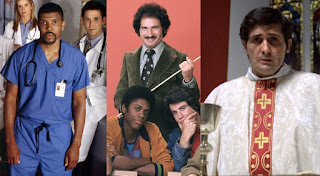 Role Theory - Doctor (ER), Teacher (Welcome Back Kotter), Priest (The Exorcist)
In most cultures, there are figures which can cross over and subvert the normal functioning of social roles. These figures serve both to critique society as well as to introduce it to its shadow, or unconscious side.

As the ethnographer Dwight Conquergood wrote "performance privileges threshold-crossing, shape-shifting and boundary-violating figures, such as shamans, tricksters and jokers, who value the carnivalesque over the monumental".


Puck from A Midsummer Night's Dream (watch through 0:52)

The character of Puck, from Shakespeare's A Midsummer Night's Dream is a good example. In English folklore, he is a nature spirit, or fairy, and is used by the playwright to explain to the audience how the story they have witnessed may be of benefit to them.

Performativity, or the performance of identity and social roles, give us a deeper understanding of how performance operates in art and culture. This applies to the various roles performed in society, as we learn through role theory. Throughout this course, we will continue to investigate how performance is expressed in the fine arts.
Posted by Randall Garrett at 3:50 PM