As we mentioned in Unit Three, theatre is a form of live performance that makes use of acting, speech, gesture, costumes, sets, and scripts. It goes back to oral histories and storytelling methods from ancient times. In modern form, it is influenced by the theatrical productions of ancient Greece. 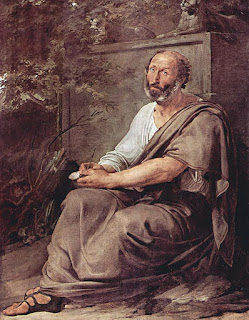 The Greek philosopher Aristotle, in addition to his many contributions to science and metaphysics, developed the Poetics (c. 335 BCE), a treatise that first defined the six elements of drama.

All of these elements are contained and developed within the production of a play, the entirety of which is known as the mise-en-scène.

Script, a written document which contains the actors dialogue. 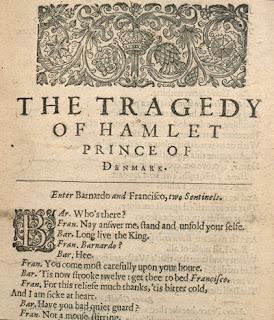 Script for Shakespeare's Hamlet
Realism is when a script uses common speech and the action resembles everyday life. Poetics is when the dialogue, settings, and characters are more symbolic.

Tennessee Williams (1911-1983) was an American playwright whose work explored modern realism through setting, characters, and script. 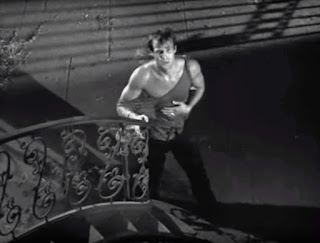 Maurice Maeterlinck (1862-1949) was a Belgian playwright and poet who helped to develop the Symbolist style in theatre and the fine arts. He used poetics in his play, The Blind, with characters that were stripped of personality in order to allow the actors and audience room for interpretaton.


Foreshadowing is a clue to later action in the script, that builds tension and suspense. 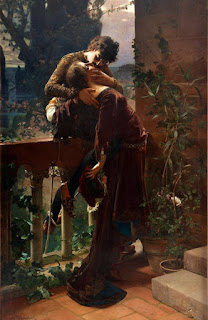 
"I have night’s cloak to hide me from their eyes,
And but thou love me, let them find me here.
My life were better ended by their hate
Than death proroguèd, wanting of thy love."
(Romeo and Juliet - Act 2 Scene 2) 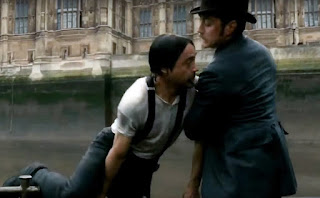 A classic example is in the relationship between Sherlock Holmes and Dr. Watson. Watson is the rational and well mannered foil to the protagonist, the intuitive and spontaneous Sherlock Holmes.

TRAGEDY
Tragedy: "A serious drama or other literary work in which conflict between a protagonoist and a superior force (often fate) concludes in disaster for the protagonist.

The Greek tragedy Agamemnon chronicles the return of King Agamemnon from the Trojan wars, and his encounter with his wife, Clytemnestra, who has been plotting his death, due to his absence of ten years and her anger that he sacrificed their daughter.

The Story of Agamemnon 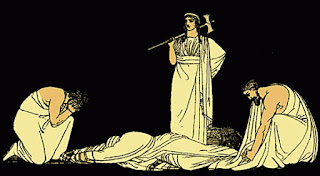 "Comedy deals with light or amusing subjects or with serious and profound subjects in a light, familiar, or satirical manner". (Reality Through the Arts, p. 148) 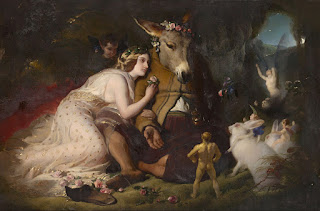 A Midsummer Night's Dream, is a play by William Shakespeare that focuses on the fateful love relationships of four Athenian youths: Helena and Demetrius, Hermia and Lysander, and Bottom the amateur actor with Titania the Fairie Queen. Bottom has the head of a donkey and provides comic relief to the poetic tale.

"The eye of man hath not heard, the ear of man hath not seen,man's hand is not able to taste, his tongue to conceive,nor his heart to report, what my dream was.
It shall be called 'Bottom's Dream', because it hath no bottom."
(Bottom's monologue from A Midsummer Night's Dream)

Tragicomedy is "a drama combining the qualities of tragedy and comedy", with characters from high and low social standings experiencing extremes of both good and bad fortune.

Waiting for Godot, a play first published in 1949 by Samuell Beckett, features Vladimir and Estragon, and their musings as they wait in vain for the arrival of a man named Godot. Two other characters, Pozzo and Lucky, pass through and encounter them.

Full of symbolism, this play points out in an absurd way the emptiness of modern philosophies. It is tragic in that the characters never realize their goal of meeting the unseen Godot, but comedic in their approach to this task.

Samuel Beckett - Waiting for Godot, 1949
MELODRAMA
Melodrama is a genre with stereotyped characters, plots, and simplified issues of good and evil. It was a popular form of theatre that developed in the 19th century.

Sweeney Todd: The Demon Barber of Fleet Street, originated as a story in 1847, a play known as A String of Pearls. In 1979, Stephen Sondheim brought a musical version to Broadway.

It's main character is an avenging angel of sorts. Having gone to prison on false charges and learned that his wife swallowed poison after being raped by the judge, he vows revenge and teams up with a piemaker on a macabre scheme that spirals out of control and typifies the moral contrasts of melodrama.

Theatre is an ancient form of storytelling through live performance that was popularized by Greek culture and developed a number of genres throughout the centuries. It has gone on to influence modern performance genres such as film and video.
Posted by Randall Garrett at 2:51 PM