Unit 2: Culture
What is Culture?


Identity is experienced as an individual and gives a sense of being. It moves into the collective sphere as it connects to culture, which is about doing.

Culture is the sense of belonging to a group with shared  “customs, traditions, and values" (Wikipedia). Culture is organic, and is built around core identifications and interests, and may or may not include other aspects of identity, such as ethnicity or religion, but is not dependent on them. 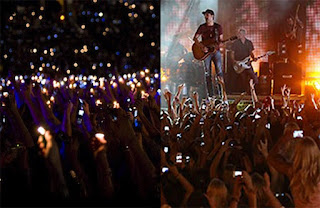 The way in which people at concerts hold up their smartphones recalls the manner in which they used to hold up lighters. Both of these activities relate to the use of candles or fire in ritual going back to ancient times. This is culture as it is performed. Culture helps to create community, or the shared sense of values mentioned in the previous paragraph. 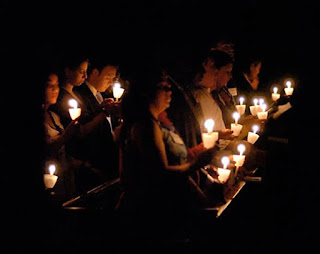 The etymology for the word culture can be traced back through French to its Latin roots meaning "to cultivate", or "to worship", indicating both a skilled process and a sense of reverence.

Culture is defined as (Wiktionary):
"1. The arts, customs, lifestyles, background, and habits that characterize a particular society or nation.
2. The beliefs, values, behavior and material objects that constitute a people's way of life."

As we can see from this definition, culture is a broad but important term. In the fine arts and society, culture is expressed in a multitude of forms, including visual art, music, theater, photography, cinema, fashion, and dance.

Culture can be experienced in many different forms in our everyday life. We can talk about gamer culture, sports culture, fitness culture, food culture, and many other ways in which we connect to others by the choice of what interests us.

This is one way that culture differs from identity. Identity is usually something we are born with or inherit in our life. Culture is something that interests us and we choose to participate in. 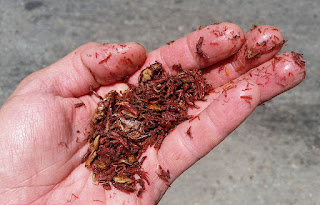 Food is an important aspect of culture, one which has a variety of unique expressions all around the world. The food culture of a particular group tells you much about the values they share. In the Mexican state of Oaxaca, there are foods which are unusual from an outside point of view, but also very delicious and special. One example is chapulines, or fried grasshoppers. They can be bought from vendors in the market or on the street in Oaxaca.

Another food from there that is difficult to find elsewhere is raw cacao beans. They are the source for chocolate, but in raw form are a complete food, and also considered sacred to the culture. Raw cacao beans were once used as currency in this culture. 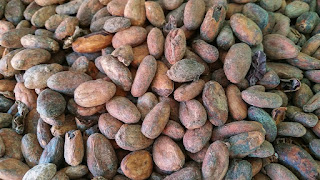 Kehinde Wiley is a contemporary painter who lives in New York. Born in 1977 to an African-American mother and a Nigerian father, he graduated from Yale in 2001 with a Master of Fine Arts degree.

The Exquisite Dissonance of Kehinde Wiley

Wiley makes paintings with contemporary people of color as the subjects, but in poses that refer to traditional European art history. As the artist says, his paintings "quote historical sources and position young black men within that field of power.” His approach reveals the cultural dynamics and imbalances within traditional forms of representation. 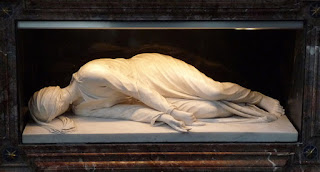 Stefano Maderno - The Martyrdom of St. Cecilia, Rome (1600)
Contemporary visual art has expanded to include new media, such as film and video. In the 1960s, Andy Warhol made a series of black and white "screen tests", short films intended to capture the personality and mannerisms of his friends and associates. This screen test of the musician Lou Reed captures both his attitude and the bohemian art culture of New York City, as he drinks a bottle of Coca-Cola on camera.

In this black and white film, the young musician is portrayed in close-up wearing sunglasses and slowly enjoying a bottle of Coke. When we see this film in the context of its time, alongside a television commercial for Coca-Cola, we get a sense of the culture that Lou Reed and Andy Warhol are critiquing.

Hip hop is a cultural phenomenon that coalesced around a new style of music, one that involved djs, turntable mixing, and rhythms that emerged from the New York underground scene in the late 1970s to early 1980s.

It connected new forms of music with visual art (graffiti), fashion, and dance (break dancing). DJ Kool Herc was one of the first practioners of this new form, mixing records together in a style that had never before been heard.

Kabuki theater originated in Japan in the 17th century, as a form of dramatic entertainment performed by female dancers. Due to its association with the sex trade, all male cast members were eventually substituted for the female roles. In this regard, it has some similarities to drag performance in western culture.

In Japanese, the phonetic construction of the word kabuki literally means "song" (ka), "dance" (bu), "skill" (ki). (Encyclopedia Brittanica). It uses a pantomimetic style of performance, that "is the acting out of dramatic action without words". (Reality Through the Arts, p. 185)

Kabuki uses historical stories to comment on contemporary life in Japan. Due to censorship in the Edo period, the theatres were forced to enact plays from the ancient past in Japan. Its themes address topics such as class differences and romance, and the social limitations imposed on free expression.

The invention of photography in the early 19th century opened up the possibilities for representation of everyday life. In the almost two centuries since, photographers have been exploring portraiture and documentary techniques, approaches that previously were the domain of painting and drawing.

Contemporary photographers, including Cindy Sherman, Carrie Mae Weems, Robert Mapplethorpe, and American photographer Nan Goldin (born 1953), have taken candid approaches to their work, in documenting the lives of those around them. 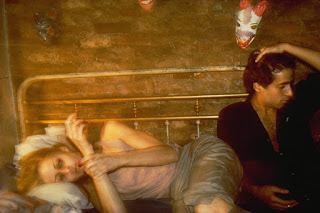 Goldin's photographs popularized a style that came to be known as grunge, in its depictions of poverty, addiction, and relationships. She is adept at capturing the expressive qualities and cultural attributes of her subjects.
CULTURE in CINEMA

Filmmaking has always conveyed a sense of cultural performance, from the early days of silent film actors such as Charlie Chaplin (1889-1977) and Buster Keaton, to the 1950s and method actors like Marlon Brando and James Dean. Chaplin brought a dramatic sense of identity as an immigrant in America to his portrayals, along with perfect comedic timing.

Contemporary approaches by directors such as Jim Jarmusch (born 1953), emphasize character studies along with beautifully photographed cinematography. In Down by Law (1986), Italian actor Robert Benigni humorously conveys the social and linguistic difficulties of immigrant life in America with his portrayal.

“Fashion provides one of the most ready means through which individuals can make expressive visual statements about their identities”. (Culture and Everyday Life, A. Bennett) 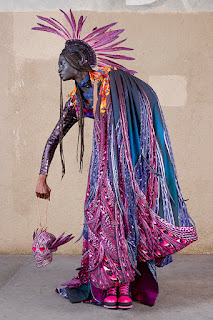 Manish Arora is an Indian designer based in New Delhi. His current line is described as "modern day urban warrior", and mixes traditional Indian colors, textures, and designs with Western silhouettes that combine ancient and modern with gender ambiguities. 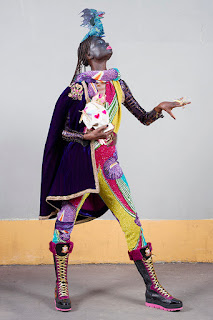 "In the case of the sociological interest in clothing and fashion, we know that through clothing people communicate some things about their persons, and at the collective level this results typically in locating them symbolically in some structured universe of status claims and lifestyle attachments." (Fashion, Culture, and Identity, Fred Davis)
CULTURE in DANCE

Dance is the art of human movement. It can be choreographed or improvised. As a form of cultural expression, dance is closely aligned with ethnic identity. Some of the variety of dance genres include ballet, folk, world, jazz, and modern dance.


Katherine Dunham (1909-2006) was an African-American dancer and anthropologist. She earned Bachelors, Masters, and Doctorate degrees in Anthropology from the University of Chicago and then went on to study African derived dance in the Caribbean, in the countries of Jamaica, Martinique, Trinidad and Tobago, and Haiti, where she studied and became a practioner (mambo) of Haitian voodoo.

She is responsible for popularizing ethnic dance traditions from people of color to a wider audience in the United States. She was influential in the evolution of jazz dance, which in turn influenced contemporary music video choreography.

The converging influences of dance is both complex and continually evolving, and an important expression of culture.
CONCLUSION

Culture is a vast and continually evolving field, one that helps to define identity, and that finds expression through performance in a variety of forms, including visual art, music, theater, photography, cinema, fashion, and dance.
Posted by Randall Garrett at 2:00 PM