In this unit we will look at the unique aspects of performance as they relate to the moving image. We may take this medium for granted, but it is a very new art form, based in modern techology and having been in existence for about 125 years now.

The moving image has migrated through various technologies during that time, including:

The technology of motion pictures emerged in the late nineteenth century, out of a series of experiments in sequential photography and handmade animation devices. Thomas Edison is credited with inventing the first successful motion picture process in 1891, the Kinetoscope, which was then improved on by the Lumière Brothers of France, and the development of the Cinématographe device in 1894. 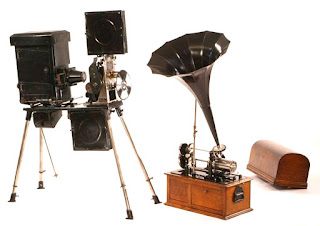 Early films were short snippets of activity, gradually developing into full (though still short in length) narrative sequences by the beginning of the 20th century. Film and sound recording technology were not yet synchronized, so these films were made without sound, and with live musical accompaniment played along with them. 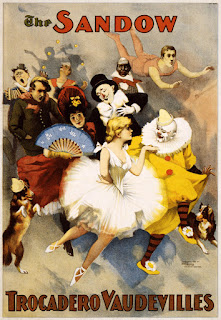 This era, of silent film, features actors and situations coming out of the stage tradition of vaudeville, or live stage shows of the day, which featured variety acts that often reinforced ethnic stereotypes. 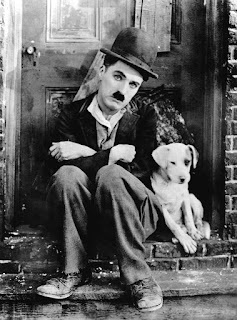 Thus, early silent film actors employed a physical presence and gesture in their acting, that hearkens to this tradition of live vaudeville, and compensates for the lack of sound. Features of silent film include intertitles (graphic elements with text and dialogue), and theatrical gesture and expression (as though playing to a stage audience).

Actress Marion Davies and actors Charlie Chaplin, and Buster Keaton, one of the most influential physical comedians of all time, typified the physicality and comedy that entertained audiences in the early days of film.

There are three main techniques in film acting: repertory, method, and improvisation. Repertory acting is based in classically trained theatrical techniques, method acting is employed by actors who live the part of the character in order to express the full range of emotions, and improvisation, in which the acting is spontaneous, unrehearsed and naturalistic.

The Schools of Film Acting - Mark Winokur and Bruce Holsinger 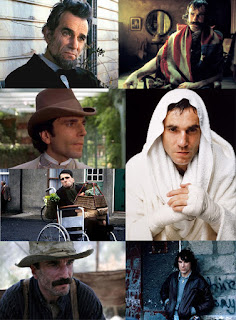 Repertory actors are trained in the techniques of classical theatre. They specialize in the technical aspects of acting, portraying their characters from the outside in, from costumes, to accents, facial expressions, and makeup, and can portray a wide range of differing roles.

Lee Strasberg developed "method" acting based on the teachings of Constantin Stanislavski and the Moscow Art Theatre. Method actors immerse themselves fully in the character, exploring the interior psychological aspects of the role and literally "becoming" that character while filming. 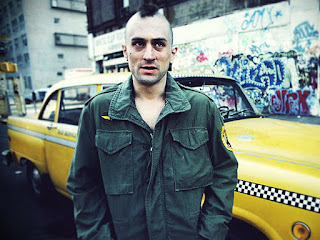 Robert De Niro is known for his method approach to roles, such as the movie Taxi Driver (1976), where he drove 12 hour taxi shifts to prepare for the role of Travis Bickle, and Raging Bull (1980), in which he trained as a professional level boxer.

What it Means to be "Method" - Jason Guerrasio 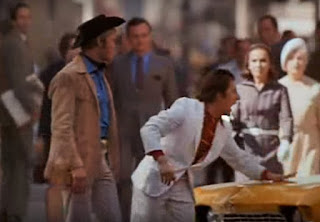 With improvisation, the actors create dialogue and respond to the action of the scene impromptu, without a script, or by adding improvised material to an existing script. One of the most famous improvised scenes in film is that of Dustin Hoffman in "Midnight Cowboy" (1969), when a taxicab unexpectedly appears in his path.

Improvisation in Film
(contains some language, sexual content, and violence)

"Animation creates the illusion of movement in films by taking a still image of an object or drawing, changing it slightly for each new frame, and then projecting all the images in sequence." (Gateways to Art - p. 232)

The history of animation features a range of memorable characters. A main difference in animation is that the performances are created in the studio by artists, rather than by live action. 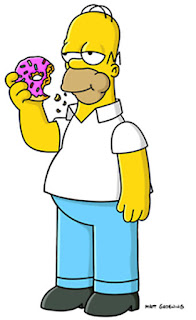 Up to the 1990s, cel animation was a process that involved hand-painting individual transparent frames, numbering in the thousands, for each story. More recently this has been replaced with a less laborious digital process.

Homer Simpson, from the long-running television program The Simpsons, is one of the most well known animation characters of all time. Designed and created by Matt Groening and voiced by Dan Castellaneta, his bumbling everyman character plays on a tradition of portraying working class characters in charming, but hapless roles. 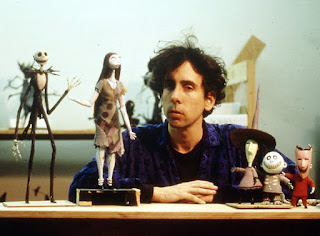 "In stop action animation, the figures are photographed in a pose, moved very slightly, and then photographed again." (Gateways to Art - p. 232) This labor intensive style of filmmaking dates back a full century now. Filmmaker Tim Burton makes extensive use of this technique in his films, as represented by The Nightmare Before Christmas (1993).


Tim Burton - The Nightmare Before Christmas (1993)

The newest animation technique is that of computer-generated imagery (CGI), in which the character is rendered by computer and often animated through the motion capture of a live actor. 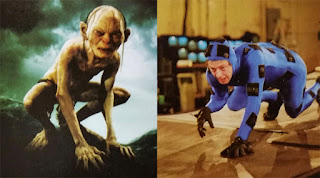 Television technology developed over the first half of the 20th century, and became a common feature in American homes by the 1950s. Early productions were created live on stage sets, much like a theater production, and sometimes before live audiences.

Ernie Kovacs was a television pioneer in the 1950s, producing a variety show that satirized the medium and its tropes with critical yet tongue in cheek commentary, such as the western. 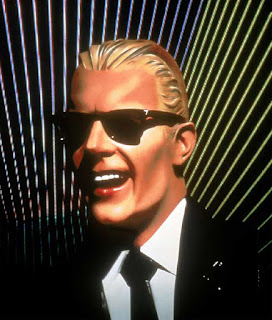 Max Headroom was a character introduced in 1984, and touted as "the world's first computer generated tv host", although he and his sets were created using analogue technologies. The producers incorporated what would come to be known as the glitch aesthetic (the intentional use of technological errors) into the clips, with random pitch changes and stuttering motion.

The video blog, or vlog, emerged over the last decade as the internet and webcams began to proliferate. First person, confessional, and mixing private space with public, the medium is immensely popular. 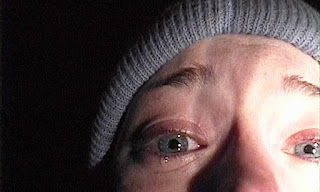 The form can be traced back at least to the faux documentary The Blair Witch Project (1999), in which a fictional horror story is presented in documentary format. This technique, known as cinéma vérité, utilizes natural lighting and a hand held camera, in order to enhance the sense of realism.

Hennessey Youngman is a persona created by Jayson Musson, an artist who combines art history with a street-wise approach. He effectively parodies the vlog phenomenon with his ironic commentaries on art and culture.

The moving image is a technology based medium that emerged at the end of the 19th century, beginning with motion pictures, then into electronic and digital forms of broadcast, such as television, video, and the internet.

Moving image performance began as an outgrowth of stage performance, before developing its own strategies based on the new genres as they developed.
Posted by Randall Garrett at 1:04 PM